Spring 2022-OutLoud in the Library

*Speakers for our 2021-2022 are funded by a generous contribution by Humanities Washington and require registration to attend.  Please see the links below to register for each event.  Thank you. 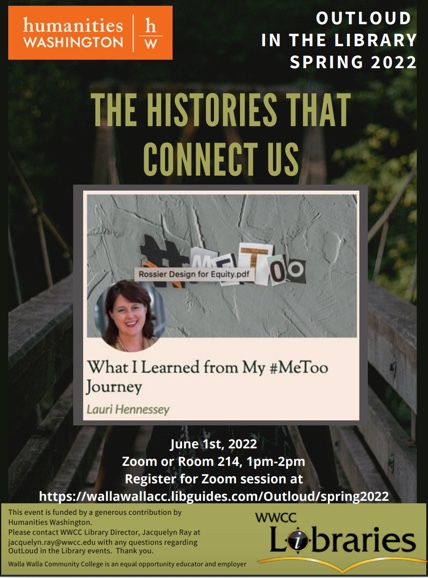 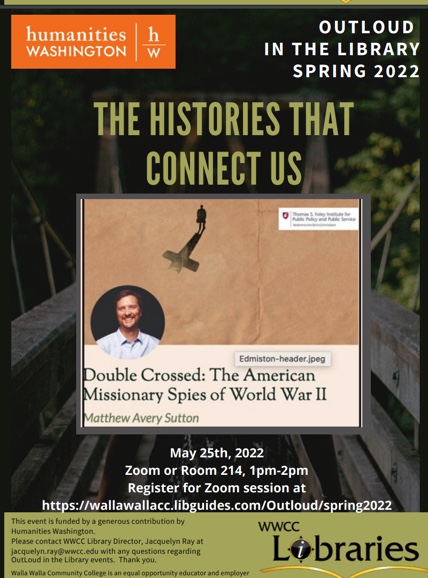 Past OutLoud in the Library Events 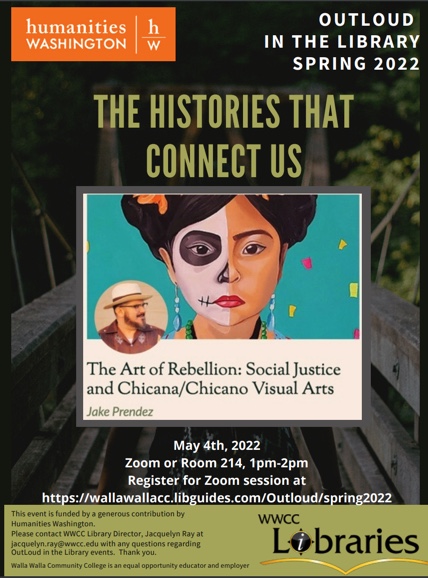 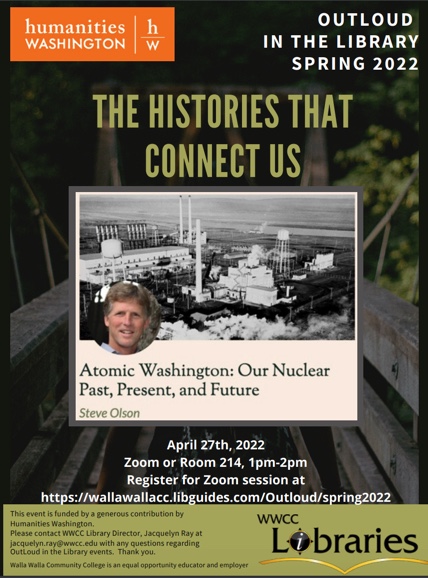 Recording for this event can be found at: 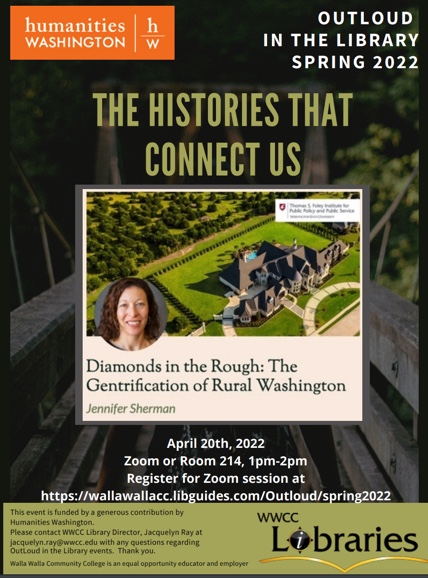 Recording to this event provided by TVW and can be found at:
Jennifer Sherman-Diamonds in the Rough 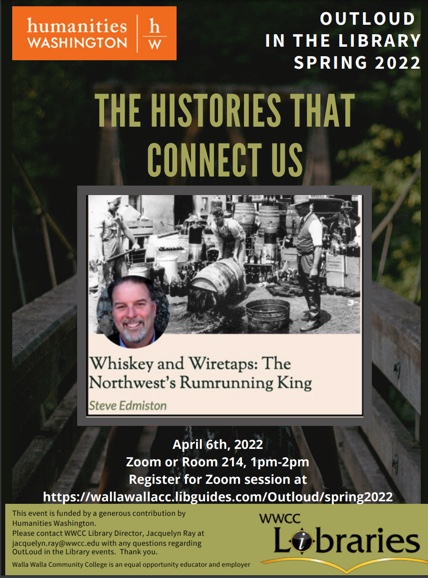 What I Learned from My #MeToo Journey

As long as there have been men in positions of political power, there have been young women working for them who face harassment in the workplace. While we know sexual harassment happens in many industries and professions, there seems to be a preponderance of such stories around elected officials. And in the days and weeks that follow a new story breaking, part of the narrative often includes victim blaming, both by the elected officials and their supporters.

Looking back 30 years after working for Senator Bob Packwood from Oregon, Lauri Hennessey recounts what she learned in the halls of the nation’s capital and asks why there are still so many stories about politicians and the women who work for them.

Lauri Hennessey (she/her) has over 30 years of experience in communications, politics, and nonprofits. She is the CEO of the League of Education Voters and board member for the state chapter of the National Women’s Political Caucus.

What made a good missionary also made a good spy, or so thought American intelligence agencies in World War II. These religious men and women carried out covert operations, bombings, and assassinations—confident that their nefarious deeds would eventually help them achieve their mission by expanding the kingdom of God.

Historian Matthew Avery Sutton tells the extraordinary story of these missionaries, priests, and rabbis who played an outsized role in leading the United States to victory in World War II. This talk is an untold story of wartime spy craft and a profound account of the compromises and doubts that war forces on those who wage it.

Matthew Avery Sutton (he/him) is the Berry Family Distinguished Professor in Liberal Arts and the chair of the Department of History at Washington State University. He has authored several books, the most recent of which is Double Crossed: The Missionaries Who Spied for the United States During the Second World War (2019), off which his talk is based. He has written for the New York Times and Washington Post. In 2016, he was appointed a Guggenheim Foundation Fellow.

Past OutLoud in the Library Events

The Art of Rebellion: Social Justice and Chicana/Chicano Visual Arts

Please register for this event at the following link:   https://wwcc-edu.zoom.us/meeting/register/tZctdO6vrzgqHN0NEV6-NvFQItbeK62yXhOG

How has art has been used to mobilize communities and disseminate messages of social justice? Is art just a commodity that is only accessible to the elite? How has the idea of “art for the people” shifted the way we look at art?

In this talk, Chicano artist Jake Prendez traces the history of social justice art, from the rise of Mexican muralism to its influence on American artwork from the civil rights era and the modern era. Explore how the means of production and new technologies made art accessible worldwide, and join Prendez as he deconstructs his own artwork to show how it relates to this greater narrative.

Jake Prendez (he/him) is a renowned Chicano artist, and the owner and co-director of the Nepantla Cultural Arts Gallery in Seattle. His work is an amalgamation of his life experiences—a representation of his Chicano background and a reflection of his time living in both Seattle and Los Angeles.

Atomic Washington: Our Nuclear Past, Present, and Future

Please register for this event at the following link:
https://wwcc-edu.zoom.us/meeting/register/
tZcsc-quqTMrGNYpWuMXFfNSR25Xwcu_a9vT

At the center of every nuclear weapon in the United States is a small pit of radioactive material manufactured at a top-secret facility in Eastern Washington, a facility which today remains the most radiologically contaminated site in the Western hemisphere.

But Washington State’s role in the nuclear era ranges far beyond the construction, operation, and ongoing cleanup of the Hanford nuclear reservation. Today, Washington has two operating nuclear reactors, one of which provides us with ten percent of our electricity. Radioactive substances are used in our state to cure diseases, build airplanes, detect pollutants, and power smoke detectors. Further, Naval Base Kitsap has the largest stockpile of nuclear weapons deployed anywhere in the country.

Drawing from history, science, and popular culture, Steve Olson reveals the many influences of nuclear materials on Washington State, and the many ways in which our state has been a pioneer in the atomic age.

Steve Olson (he/him) is a writer who most recently authored The Apocalypse Factory: Plutonium and the Making of the Atomic Age. His books have been nominated in several local and national book awards. Since 1979, he has been a consultant writer for the National Academy of Sciences, the President’s Council of Advisors on Science and Technology, and other national scientific organizations.

Diamonds in the Rough: The Gentrification of Rural Washington

Washington’s rural communities are rapidly changing. Formerly reliant on working-class industries like mining, oil, and agriculture, an influx of wealthy urbanites is looking for a different kind of experience that includes natural amenities, outdoor recreation, and cultural activities. But in doing so, these newcomers are causing new inequalities.

Join Jennifer Sherman, professor of sociology, to discuss both the glaring and the hidden effects of rural gentrification. Through the lens of a rural Washington community, Sherman explains how “class blindness” protects those with more privilege from fully recognizing social class inequalities. She advocates for the importance of getting to know the neighbors who are least like us so that we can minimize destructive social divides together.

Jennifer Sherman (she/her) is a professor of sociology at Washington State University. Her qualitative research focuses on poverty and inequality, mainly in the rural Northwest. She is the author of two books, the most recent of which is titled Dividing Paradise: Rural Inequality and the Diminishing American Dream (2021), and the coeditor of the 2017 volume, Rural Poverty in the United States.

On Thanksgiving Day, 1925, Roy Olmstead was trapped by federal prohibition agents and their Tommy guns on a lonely Puget Sound dock. His reign as the Northwest’s most prolific bootlegger had ended. But big questions—political, cultural, and legal—remained.

Why did Olmstead, the youngest lieutenant in Seattle Police Department history, form a secret gang to take over Prohibition bootlegging in the Northwest? What can we learn today from “The Good Bootlegger’s” story of whiskey-driven politics, culture wars, criminalization of popular social behavior, illegal surveillance, spies, sensational trials, and Constitution-bending trips to the Supreme Court?

Steve Edmiston (he/him) is a business and entertainment lawyer with Bracepoint Law, an indie film screenwriter and producer, founder of Quadrant45, and co-founder of The Good Bootlegger’s Guild. He has keynoted for the Washington State Historical Museum, Smith Tower Rumrunner’s Club, McMenamins History Pubs, and on the Travel Channel’s Legendary Locations.